Steve recently undertook a ten date concert tour of Australia with the Cory Band. Starting in Mandurah on August the 4th, the tour took in nine other wonderful concert venues such as the Perth Concert Hall, Brisbane's QPAC and the Sydney Recital Hall. Other cities performed in were Adelaide, Frankston, Melbourne, Canberra, Wollongong and Newcastle. The tour also included some media events including a live performance on the ABC Radio Network for a programme called 'The Music Show'.
A lot of friends were made whilst in Australia, plus some old friendships rekindled. The tour was the brainchild of Robert Turner and Kevin Dallas of Brass Downunder, a promotional company who specialise in bringing the very best British brass bands over the equator to Australia.
You can view more photos from the tour on Cory Bands Facebook page and you can watch the footage of Cory playing live in ABC's Melbourne studios by copying and pasting this link;
http://www.youtube.com/watch?v=sPz0dcuK6Rg 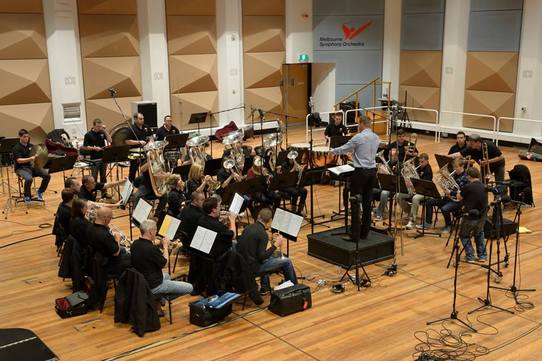 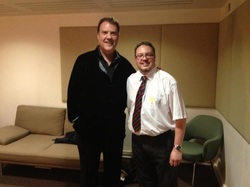 On July 7th, Steve performed with the Cory Band who were part of a fantastic performance recently at the Royal Festival Hall, London.

The band arrived for a 10am sound check and rehearsal with 500 voices made up of choirs from 5 different continents and joined by the amazing voice of Bryn Terfel, it promised to be an amazing concert. The concert also featured the World Premiere of a new composition by Welsh composer Karl Jenkins 'The
Hero's Journey', commissioned especially for the event by the London Welsh
Male Choir.
The afternoon concert was directed by Paul Bateman and Dr Haydn James and the
compere for the performance was BBC News Presenter Huw Edwards.
With a mix of classical, operatic, Welsh and pop music there really was
something for everyone in this performance. The first half of the concert
featured the individual choirs from the five continents and Cory featured with
the European Choir to close the first half proceedings with a rousing
performance of Finlandia.


Cory opened the second half of the concert with three movements from Karl
Jenkins' 'Stabet Mater'.


A highlight for the band was performing Abide With Me with Bryn
Terfel, this really was heart warming, demonstrating his quality as the World
class performer that we have known for so many years. A performance never to
forget for many of the players in the band.
To bring the concert to a climax was the performance that many in the
audience had come to see, 'The Hero's Journey' by Karl Jenkins. The
descriptive music by Karl Jenkins and words by Grahame Davies truly captured
the  occasion and was a fitting finale to a concert which saw performers travel
from  the four corners of the World to be a part of. It left the audience
feeling that they had witnessed something very unique.

tredegar percussion team up with premier 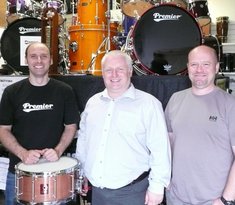 It is with great pleasure that Premier Percussion announces that the Tredegar Town Band is to
join its family of artists. The percussion section at Tredegar consisting of Steve Jones, Steve Barnett Matthew Hall & Mike Olivier, join a long and
distinguished list of Percussionists associated with the Premier brand and also
has the honour of being the first brass band percussionists to partner up with
the company.

As reigning British Open Champions, the Tredegar Town Band holds a rich history of music tradition that can be traced back over 160 years. With a bright future ahead, and being among the top bands in Britain, the
Tredegar Town Band attracts players who travel a significant distance for the
honour of being part of such a respected ensemble.

Principal Percussionist Steve Barnett expressed his delight at the partnership. "We are
extremely pleased and privileged to have the opportunity to team up with such an
iconic British brand. We feel that both Tredegar Band and Premier are forward
thinking organisations, committed to high standards and professional progression
and will complement each other perfectly. We look forward to working with this
historic company over the coming years."

Tredegar will also be supported by Premier's Orchestral Centre, Ev-Entz of Newport to provide all the elements to continue the band's history of success.
For more information on Premier Percussion, visit their website: 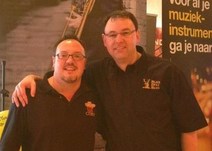 Steve will be travelling to Birmingham in July to record
two tracks for a new release by trombone virtuoso Brett Baker.
Brett and
Steve have known each other since their school days, so when Brett required a
drummer for his forthcoming recording, he had no hesitation in asking Steve.

Hi everyone, welcome to my new website, which I am hoping to develop over the coming months. Please have a browse through the pages and tell your friends about it. Any feedback on the site would be greatly appreciated!